It is elements of image, which creates a photograph. They are basic ingredients in an image, which are used in certain proportion to create a specific "recipe" of an image. These elements are shape, size, form, texture, pattern, line, perspective, shadow, tone, color, contrast, positive space and negative space.

Each of these elements have its own importance. Yet, rarely they can work alone on its own. More or less, they always depend on other elements.

Application of these elements are subjective. In different genre of photography, each of them has its own specified role. For example, in food photography, color and texture are more dominating elements as compared to perspective. In architectural photography, line and perspective are dominating elements and there is very little room for negative space. Nevertheless, in both cases, shape, size, form and shadow are going to play their subtle role. It all depends on our personal choice and preference, that which of these elements are going to dominate the composition in an image.

The main objective of a photograph is to replicate the image of a real three dimensional object or a scene on a piece of paper, which is flat and two dimensional. In addition, white and bright area in an image is limited to the whiteness of the paper, on which an image is to be printed. Success depends on how well the appeal in terms of contrast and tonality, along with three dimensional punch is achieved. A photograph also has to convey the information about the size and shape of the subject. In order to achieve this, combination of these elements are applied in various proportion.

Combination of these elements of image can be more than two and one or two elements can be dominating then others. Lighting and composition (which is actual placement of the objects in a photograph) plays major role. They are key factor to promote or subdue a particular element.

Let us understand how each of these elements of image work in a photograph, in detail.

Return back to Home Page from elements of image 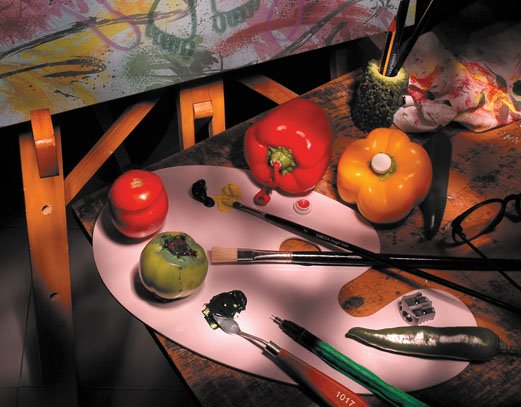